The Story of a Painting and What Makes It Sell

You know that I'm a painter, right? Like many painters who enjoy or are impelled to paint, I'm a prolific artist who completes more works than can shown in public exhibitions or sold. Still, sometimes I just know that a certain painting has a certain zing to it: it just has to been seen in public and sold to someone who loves it.

I'll try to explain it this way: the painting hits the mark... my own mark first, by surprising me in ways that both ring authentic to what I intended and go a bit beyond this in interesting ways. I want to keep looking at such an artwork. And, getting anthropomorphic, it wants to go out into the world!

Typically, these zing-artworks do get reaction from the public, one way or another. Some of them also get purchased. Which brings me to what I think is an interesting story for all those who wonder about what makes a painting sell. I'll stick to specifics rather than try to speak to the generalities of selling art (a quagmire of opinions -- all of them right to some degree).

This story is about one painting that not only sold, but sold triple-times! The first time was when it was shown in an open-studio show I did presenting some  new works. Early in the show, a man who had been standing looking at this painting in less than the best viewing conditions started nodding to himself, called someone on his cellphone, then with speed and much excitement, walked over to me. "I'll buy it!" he pronounced. His cheque followed immediately. I wrapped the painting for him to pick up later that day.

Within a week, I got a call from the same man, now somewhat embarrassed. Would I come pick up the painting at his huge house and return his cheque? He loved the painting, he insisted, but his wife worried that it might offend some of their visitors. Poof!

Of course I did that. Who wants a controversial painting hanging in their house? (Well, you might answer that one differently). I was disappointed, but consoled myself that art is such an individually meaningful exchange, it's best when it fits well with its purchaser.

I didn't show the painting again for a year.  I decided to change an aspect of the boy's face and hair in the interim and repainted part of it. I do this kind of thing when a painting remains with me to look at for a lengthy time. Sometimes, it starts telling me things. They were small changes, but I think the result was even better.

I made a card of the painting and had it among other cards available for visitors to my Saturna Island studio. This past summer, I had quite a few visitors, and many conversations about art, island life, and whatever matters. The cards of this painting were often pocketed as souvenirs.

One day a visitor asked if I could bring the actual painting. He was surprised it hadn't sold (but it had, once before) and came again, with his wife. He wanted the painting and would pay whatever the asking price. His wife looked startled and asked him to step outside.

Uh-oh. I knew at once. And you now also know what happened. I heard him protest in the hallway, "but I'll keep it in my study." I shrugged, knowing how this was going to turn out.

When they walked back into the studio, I immediately short-circuited things by mentioning that I understood this painting wouldn't really fit into their lives. I cared about things like that.  Nothing like "divorce-by-painting" for me. OK, done deal = no deal.

By the way, it could just as well have been "woman-wants/man-doesn't" theme to these events, but it hadn't worked that way two times running. So, back the painting went into storage. I felt a bit sad about its history of two almost-but-no sales. Still, looking at the painting itself made me happy.

About two weeks later, in another setting entirely, someone mentioned how much he'd liked the card he had of this painting. Yes, I agreed, it was popular. Especially now that Wonder Woman had been a popular movie, as well. "Was it still available?", he asked.
Whoa!, I thought. Here we go again. I told him the story of its two previous art lovers. I guess it was a warning, and certainly not the greatest sales pitch in the world! But I really like this man and, despite wanting him to own this painting, I felt it had a history to relate.

I was delighted when he re-confirmed by saying "I know I want to buy it." Nice because it seemed like the perfect fit: he had the combined artistic sensibility, humour, and  generosity of spirit to enjoy it fully. This time, it was a final sale for Wonder Woman & Superboy.

This is a painting that pays homage to two periods in art history that revered the human figure: the European Renaissance and North American Classic Comic Book Art. Set in the traditional Madonna-Child pose,Wonder Woman and Superboy are pop representations of the abiding power of iconic imagery. Technically, as well, blending modern acrylics (pop art) with traditional gold leaf and pose helps link the centuries and merges the reverential with popular cultural forms -- a humanistic approach.

Wonder Woman & Superboy are now where they belong.  I appreciate it. And I hope you appreciate this story of its journey. 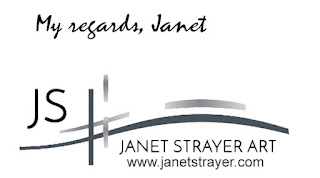